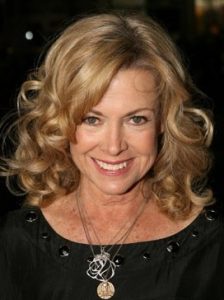 Catherine Hicks is an American actress whose career began in the 1970s, first starring as Dr. Faith Coleridge in the soap opera Ryan’s Hope. After this, she starred in the show The Bad News Bears. In the 1980s, she portrayed Marilyn Monroe in the made-for-television film Marilyn: The Untold Story. She next played Amanda Tucker in the series Tucker’s Witch. During this period, he also had roles in the films Death Valley, Peggy Sue Got Married, Child’s Play, and She’s Out of Control. She later became further known for playing Annie Camden in the long-running series 7th Heaven, which aired from 1996 to 2007.