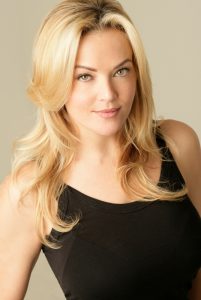 Brandy Ledford is an American actress. She’s also a model. She started her career in the early ’90s appearing on Penthouse videos. She was also featured on Penthouse magazine as Pet of the Year in 1992. She later started an acting career, appearing in the films Indecent Behaviour and Demolition Man. She then made her first TV appearance in an episode of Silk Stalkings. Her first notable role was as Dawn Masterton on Baywatch. She next starred as Alex Monroe on The Invisible Man. She later became further known for playing Doyle on Andromeda. Her next role on TV was as Shelby Varland on Whistler.