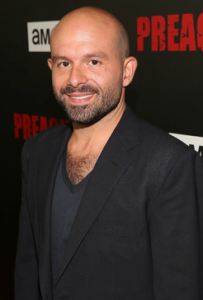 Anatol Yusef is an English actor. He began his professional career in the 1990s, debuting on the British comedy show Jeeves and Wooster. He next appeared on the Hollywood series The Young Indiana Jones Chronicles. In the 2000s, he made his film debut in Last Orders. He later had guest roles on The Bill and Trial and Retribution. In the 2010s, he became largely known for his role as Meyer Lansky on HBO’s Boardwalk Empire. In 2016, he had a supporting role in the film Bastille Day. He also played the role of Deblanc on the AMC series Preacher.