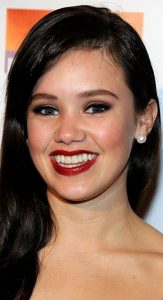 Allie Bertram is a Canadian actress. She started her career in the show business in the late 2000s. She first appeared as a contestant on the talent show So You Think You Can Dance Canada. She later made her acting debut as an extra in an episode of Being Erica. Her first credited role on television was in Smallville. In 2011, she made her film debut as a dancer in Sucker Punch. She next appeared in the series R.L. Stine’s The Haunting Hour and in the TV film The Pregnancy Project. She later became known for playing Allie in the series Mr. D. More recently, she played Mimmi in the series Mako Mermaids.