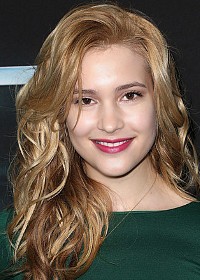 Alexia Fast is a Canadian actress. She began her acting career in the mid 2000s. During her initial years, she appeared in some TV movies and feature films. Her first recurring role was on the TV series The 4400, while her first main role was on the show Kaya. In the late 2000s, she had roles in the films Helen and What Goes Up. She then starred in the movie Repeaters. In the 2010s, she had roles in the films Blackbird, Jack Reacher, and The Captive. She had a main role on the short-lived series Manhattan.