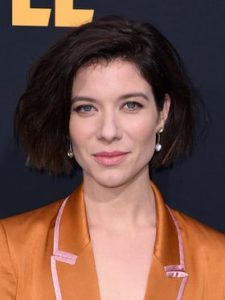 Tessa Ferrer is an American actress. In 2008, she made her acting debut in the short film called Excision. After more roles in short films, she ultimately made her first movie role in 2012’s After the Triumph of Your Birth. That same year, she played the role of Dr. Leah Murphy in Grey’s Anatomy, which marked her television debut. She played the part until 2014 and later returned in 2016. At the same time, she also had recurring characters on television — as Katie Sparks in Extant and Nina Keune in You’re the Worst. Later in 2018, she appeared as Audrey Rainier in the horror film Insidious: The Last Key. She simultaneously starred as Cora Babineau in the crime drama Mr. Mercedes. In 2019, she played Lt. Sue Ann Duckett in Catch-22.