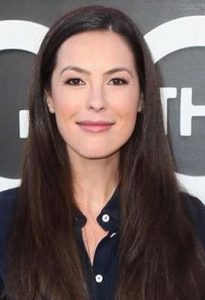 Sasha Barrese is an American actress. She’s also a professional poker player. She started acting at a young age, debuting in the 1989 film Homer and Eddie. She next appeared in the movie Jezebel’s Kiss. Several years later, she played the role of Courtney in the 1999 comedy film American Pie. That same year, she made her first television appearance in an episode of Boy Meets World. She later played Lindsey in 4 episodes of Undressed. From 2003 to 2004, she starred as Sally Franklin in The WB series Run of the House, as well as played recurring character Caitlin Mansfield in LAX. She also had small roles in such films as Legally Blonde and The Ring. Later in 2009, she played Tracy Garner/Tracy Billings The Hangover. She reprised her role in the sequels The Hangover Part II and The Hangover Part III.