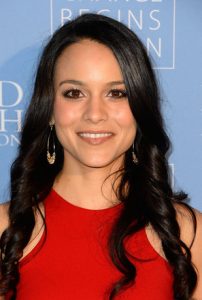 Maya Stojan is a Swiss actress who currently works in Los Angeles. She made her debut in the 2010 film Sinners and Saints. She next appeared in an episode of Entourage. After a series of roles in short films, she guest-starred in Criminal Minds and How to Live with Your Parents (For the Rest of Your Life). In 2013, she had a role in the movie The Contractor. She later played recurring role Tory Ellis on the ABC series Castle. She became further known for her portrayal of Kara Lynn Palamas / Agent 33 on Agents of S.H.I.E.L.D. Afterward, she guest-starred on NCIS and Grey’s Anatomy. Her latest role was in the 2017 film Newness.