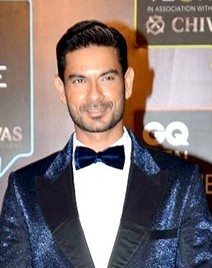 Keith Sequeira is an Indian actor and television personality. In 2004, he made his acting debut in the TV serial Dekho Magar Pyaar Se. Later in 2010, he hosted the show AXN’s Men 2.0. After this, he starred in the anthology series Teri Meri Love Stories. At the same time, he was an anchor for the program Super Fight League. From 2013 to 2014, he starred in the Star Plus soap opera Diya Aur Baati Hum. He next joined in the reality series Bigg Boss 9, placing 4th runner-up. In the movies, he made his debut in the 2013 Bollywood film Sixteen. He next appeared in the film Calendar Girls. In 2019, he was a contestant in the reality show Nach Baliye 9.