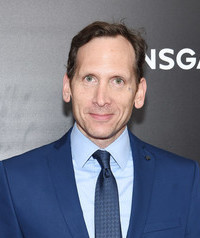 Stephen Kunken is an American actor. He first acted on stage where he ultimately landed Broadway roles. Eventually, he ventured into television acting. When he did, he landed guest roles in such TV shows as Unforgettable, Blue Bloods, The Good Wife, Gossip Girl, The Unusuals, New Amsterdam, Law & Order, and many others. He also starred in the TV movie Mary and Rhoda. More recently, he gained wider recognition for his role as Ari Spyros on the Showtime series Billions. Also, he portrayed Commander Putnam on Hulu’s The Handmaid’s Tale. Kunken has had a prolific film career as well. Some of his roles were in The Wolf of Wall Street, Still Alice, Café Society.