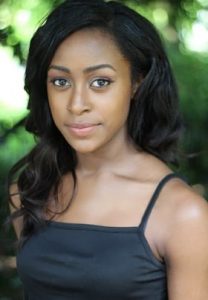 Simona Brown is an English actress. She had her career beginnings in the 2010s, debuting in an episode of Run. She later appeared in the TV film Murdered by My Boyfriend, as well as appeared in 2 episodes of Wizards vs. Aliens. Her first starring role on television was as Gaia Bawden in the miniseries The Casual Vacancy. In 2015, she had her first movie role in Man Up. After this, she joined the main cast of the TV series Guilt as Roz Walters. She also played as Grace in The Night Manager. In the next couple of years, she had main roles in such TV shows as Him, Kiss Me First, The Little Drummer Girl, and Grantchester. She’ll star in the upcoming film Behind Her Eyes.