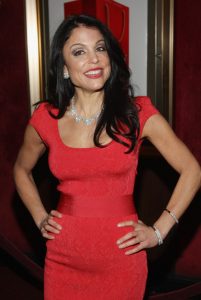 Bethenny Frankel is a TV personality, entrepreneur, and author. As an actress, she landed roles in the 1990s with the films Hollywood Hills 90028 and Wish Me Luck. In 2005, she was a contestant on the reality show The Apprentice: Martha Stewart where she came in second place. She gained wider recognition when she became a cast member of The Real Housewives of New York City. She continued her work on reality TV, competing on Skating with the Stars where she was a runner-up. She went on to star on her own shows Bethenny Ever After and Bethenny. As an entrepreneur, Frankel created the Skinnygirl Cocktails in 2011 and sold it for a reported $100 million.